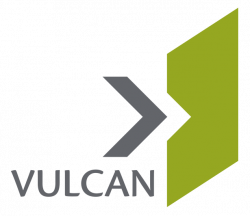 People usually guess that our company was named after the extraterrestrial humanoid species from Star Trek, renowned for their logic and reason. As flattered as we are to be compared to the fantastical likes of the mind-melding Vulcans, our founders actually had something else in mind when they created Vulcan Inc.

Vulcan was the Roman god of fire. Tossed from the heavens as a child, he grew up as a strong-willed outsider and free thinker, indifferent to the whims of the gods. This independence fueled his approach as a smith and craftsman, helping him forge works that no one else thought were possible. When Paul Allen and Jody Allen first thought of creating a company whose mission was to find smart solutions for some of the world’s biggest challenges, the myth of Vulcan seemed fitting – and in 1986, Vulcan Inc. was formed.

With headquarters in Seattle, Washington, Vulcan oversees and manages a broad compilation of projects, investments and companies all over the world. We are that big umbrella company under which a host of signature Allen family entities fall under – like Vulcan Real Estate, the Allen Institute for Brain Science, the Flying Heritage Collection and the Seattle Seahawks, just to name a few. We are also constantly innovating in-house, serving as an incubator for fledgling technology, ambitious global campaigns and new philanthropic efforts.

Vulcan's approach is to discover and develop smart, data-driven solutions and create inspiring experiences that help tackle some of the world's toughest challenges.

Email me jobs from Vulcan Inc.