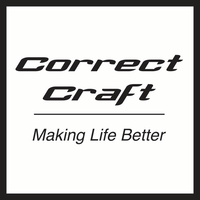 The Financial Reporting Manager will assist in performing the day-to-day accounting functions at Fineline Industries, LLC. This includes ensuring accurate accounting functions, overseeing A/P and A/R, daily cash reconciliations, posting various journal entries, revenue and expense tracking, month end close, and corporate consolidations. The Financial Reporting Manager is a key member of the finance and accounting team and will be responsible for the timely and accurate presentation of the monthly financial statements. In addition, the Financial Reporting Manager will support the Chief Executive Administrator with various analytical functions, including preparation of budgets, variance analysis, inventory analysis. Inventory analysis will entail the full scope of planning, studying, and collecting data to determine costs of business activity including raw material, purchases, inventory, and labor. The position may require travel from time to time.

Knowledge, Education and or Experience required:

We offer the following benefits through our company’s employee benefit plan:

On April 18, 2019 Correct Craft entered the offshore boating market with the acquisition of Parker Boats made in Beaufort, North Carolina. Parker manufactures center consoles, sport cabins, walk-arounds, and dual consoles and focuses on strength, simplicity, and seaworthiness.
Company Profile
Go to job list
Back to job list
Back
Go to job list