First African American to Ever Serve in the Position of Director

WASHINGTON - The U.S. Senate has confirmed the nomination of Aurelia Skipwith as Director of the U.S. Fish and Wildlife Service with a bipartisan vote of 52-39. Skipwith has served as Deputy Assistant Secretary for Fish and Wildlife and Parks at the Department of the Interior since April 19, 2017. 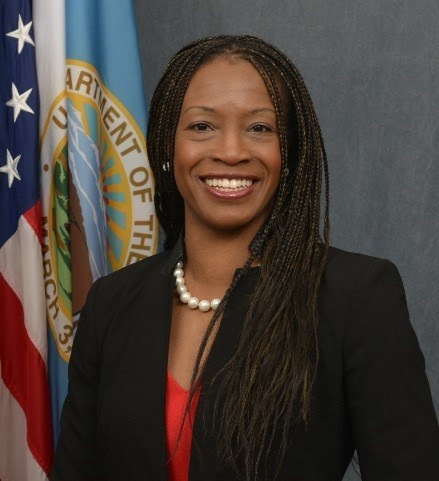 “Aurelia Skipwith’s leadership at the Department of the Interior has been vital in helping us advance the President’s priorities for the American people," said U.S. Secretary of the Interior David Bernhardt. "I look forward to working with her in her new capacity.”

Ms. Skipwith has served as the Deputy Assistant Secretary of Fish Wildlife and Parks since April 2017. Previously, she served as Assistant Corporate Counsel at Alltech, Inc., an all-natural animal nutrition company that operates worldwide and has the world’s largest algae production system. She then became general counsel at AVC Global, an agricultural logistics and financing firm that she co-founded. Skipwith earned her B.S. in biology from Howard University, M.S. in molecular biology from Purdue University, and J.D. from the University of Kentucky College of Law.

“I am truly honored to serve the American people under the leadership of President Trump and Secretary Bernhardt,” said U.S. Fish and Wildlife Service Director Aurelia Skipwith. “I am grateful for the confidence that the Senate has placed in me, and I look forward to helping the Secretary advance this Administration’s priorities for the Department, for the Service and for American conservation.”

In her new role as the Director of the Fish and Wildlife Service she will oversee a workforce of over 8,500 personnel charged with the mission of working with others to conserve, protect and enhance fish, wildlife and plants and their habitats for the continuing benefit of the American people.

About the U.S. Department of Interior

The Department of the Interior conserves and manages the Nation’s natural resources and cultural heritage for the benefit and enjoyment of the American people, provides scientific and other information about natural resources and natural hazards to address societal challenges and create opportunities for the American people, and honors the Nation’s trust responsibilities or special commitments to American Indians, Alaska Natives, and affiliated island communities to help them prosper.

U.S. Department of the Interior